Songbird species in Asia are rapidly declining due to humans poaching them for the pet trade, medicine, food and exports. This is how the conservation project by the Silent Forest Campaign is helping raise awareness of their growing extinction, and how our exciting joint mission with the SFC here at Green Books seeks to protect these bird species by reconnecting people with the natural beauty of songbirds in the wild.

Last year, EAZA (the European Association of Zoos and Aquaria) launched a new conservation campaign – the Silent Forest Campaign – hoping to raise awareness of the decline in songbird species in Asia as a result of deforestation and human trading.

This problem is particularly rife in Indonesia, a nation with the highest number of threatened bird species and global extinction rates in the world. The popularity of birds as pets is driven by cultural attitudes derived from Java and has been growing in popularity since in the 1970s. Birds are seen as a commodity and something to show prestige –  the rarer, more beautiful and lyrically talented the bird, the greater the status of the owner. Thirteen songbird species are now on the brink of extinction.

While breeding and selling with a license is legal in Indonesia, certain endangered bird species are protected by law, which has seen a rise in illegal poaching. In January 2018, smugglers dumped 300 endangered birds into the sea when they were caught by authorities trying to deliver from markets in Thailand to Indonesia. Only 3 birds survived. These shocking stories are all the more real on a visit to Jakarta’s bird markets where thousands of birds are being sold every day, often kept in cramped cages causing premature deaths before they are even sold.

Which songbird species are affected?

There are many different species of birds kept as pets in Asia. However, Silent Forest hopes to focus on the keystone species that will be extinct without our help.

Bali Myna: This ethereal white plumed bird is endemic to Bali and its population is being decimated by trade. The only Bali Mynas found left in the wild are there as a result of the reintroduction of captive-bred birds. It is hoped that with continued breeding and protection these birds can thrive again. 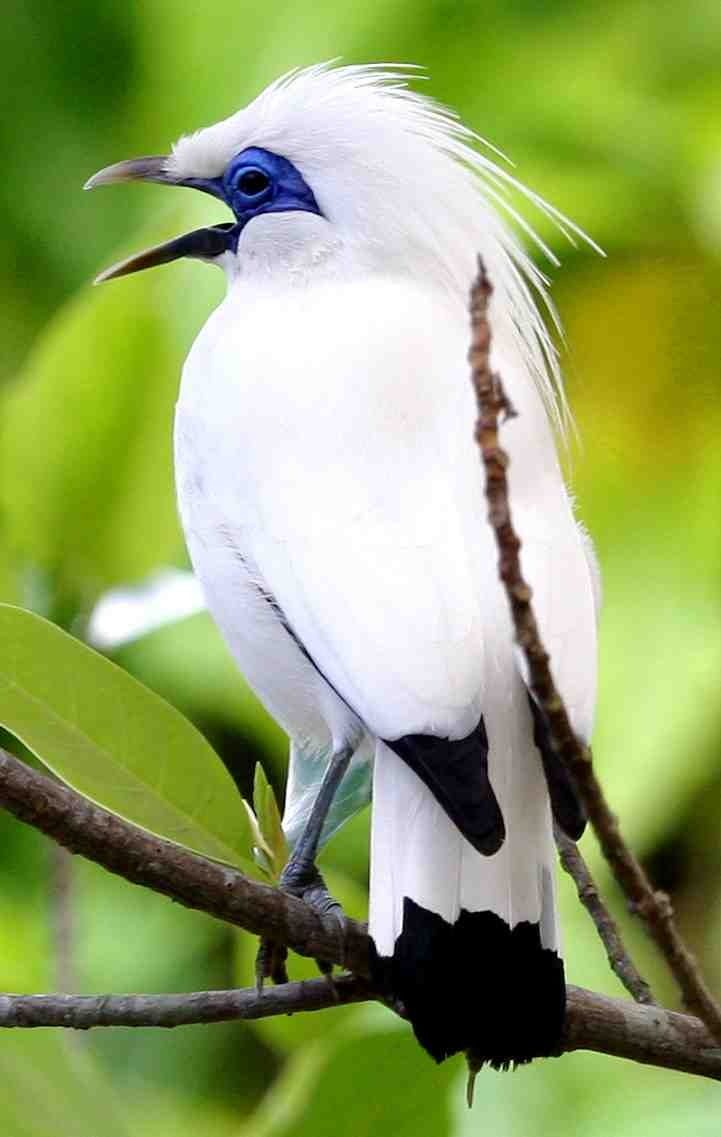 Nias Hill Myna: This songbird, with its black feathers, distinctive beak and yellow red features, are the largest species of starling in the world and can fetch a hefty sum on the markets. They can only be found in West Sumatra and is in urgent need of an ex-situ population to regain a new generation. 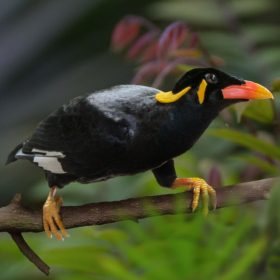 Javan Green Magpie: It is estimated that there are only fifty of this infamous, emerald-coated songbird left in the wild. The magpie is not currently protected under any Indonesian law and therefore faces great declines from poaching. When caged, these birds are barely recognisable as their restricted diet causes their striking coat to dull to a faded blue colour. 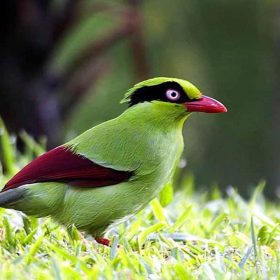 Sumatran Laughingthrush: The black and white colouration and fluffy foliage makes this the penguin of the songbirds. As its names suggests, these birds are noisy. Due to their volume, as well as their flocking nature, they are an easy target for poaching, a fact only exacerbated by deforestation. 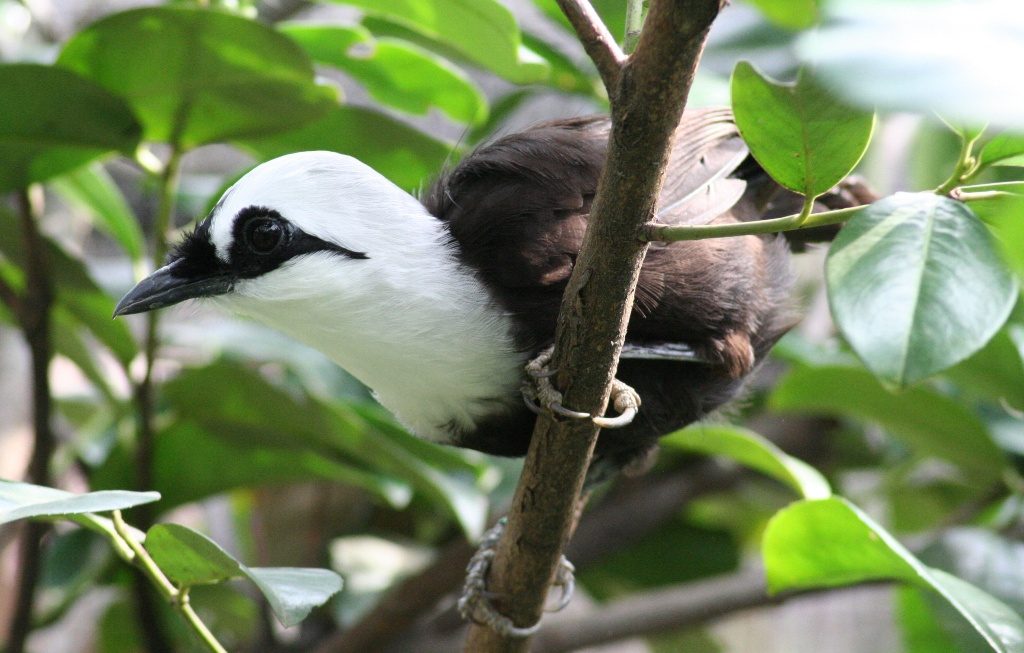 Straw-headed Bulbul: Camouflaged well to fit into wooded forestry areas of the Greater Sunda region. This species has been hunted to extinction in Thailand and locally extirpated in Indonesia. 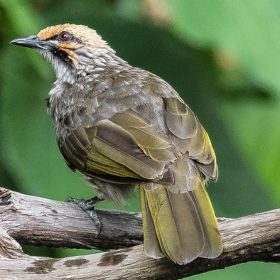 White-Rumped Shama: This bird is found throughout Sumatra and South East Asia. It has fourteen subspecies, some of which are highly endangered and due to that fact are hard to identify. Regulations on selling are insufficient. 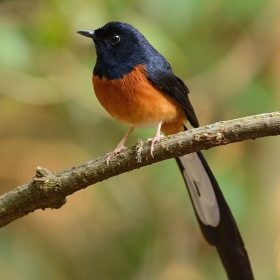 Why This Campaign Matters

This project is important not only for the Songbirds themselves, but the ecosystem as a whole. Birds are social creatures with long migrations and often mate for life, forming rich bonds. Studies have shown when confined, birds exhibit temper tantrums, mood swings and self-mutilation as a result of loneliness and boredom. Birds older than 8-10 weeks typically do not sell well on the market and so are kept for breeding and confined in small cages with clipped wings for the rest of their lives.

Without birds, the entire forest ecosystem is disturbed. Not only are they key in the prey-predator relationship, but they are also vital in seed dispersal. Birds carry seeds in their beaks and feathers and spread around the forest allowing continued growth of plants. On top of this, they keep insect and pest populations in check via consumption, and so without them many plants would die.

In Indonesia and much of Asia there is a clear lack of a connection between humans and nature. Without adequate environmental education people cannot understand the importance of the environment and the enjoyment that can be gained from preserving it. The cage is a good example of this separation, where people are unable to empathise with the bird or understand that it has feelings and needs as we do. The Silent Forest Campaign hopes to change this. We want to bridge the gap and help people become more aware and compassionate towards the natural world in the hope that issues such as deforestation and poaching become a distant memory of the past.

How Green Books is helping protect the songbird species

As of July 2018 we announced the FREE AS A BIRD project granted by WAZA in partnership with the Silent Forest Campaign. With the help of our three local coordinators from Eco-Education Centres in East Java (Gresik, Jombang and Lamongan) we have selected 150 families to bring on trips to the Kebun Raya Purwodadi Botanical Garden. Here they will experience bird watching and take part in eco-activities which help them connect with nature. We hope that through this experience people will gain a better understanding of the forest ecosystem and the lives of birds, and come to appreciate animals as they should be – wild and free.

At Green-Books.org it is our mission to educate Indonesian children on the natural systems that make life on earth possible and inspire them to live sustainably. We are happy to be partnered with Silent Forest and to introduce our ‘Free as a Bird’ campaign in the hope to reconnect Indonesian families with nature. Help us achieve our goal by sharing online and making a donation here.