How do pesticides know what is a pest, and what is not a pest? They don’t, and here’s what it means for the future of our planet.

The beginning of pesticides

News of the negative effects of pesticides on the environment is not new – it is a trend that has been observed for over half a century.  In 1962 American biologist Rachel Carson published her book, ‘Silent Spring’, which saw the beginning of the environmental revolution. Looking in depth at the dangers of over-spraying, the book focuses on the main chemical found in pesticides at the time – DDT. Since banned from agricultural use, DDT was originally synthesized in 1874 to rid the South Pacific Islands of mosquitos during the second world war.

Carson explains the effect of bioaccumulation that these pesticides have on different species. She tells us the devastating effect on the bird population, for example, and warns of the danger of aerial spraying. For years in New York, dairy farms could not sell milk on the markets due to the level of DDT contamination being deemed detrimental to human health. Even today, American Robins in British Columbia are still carrying residue of DDT in their eggs, affecting their fertility.

From the birds to the bees

Bees are another creature taking a hard hit from pesticide abuse. A recent study at the Royal Holloway University of London found that even small doses can reduce their intelligence and ability to function properly in their environment.

Exposing bees to a very low field realistic dose of neonicotinoid pesticide, researchers studied their feeding response of sticking tongues out to collect nectar. The exposed bees were less likely to learn and memorise a rewarding technique than those not exposed, an effect with severe consequences. Bees use memory to recall which types of flowers to visit, where to find them, which have recently been drained – a reduction in memory would mean a reduction in pollination rates for the whole ecosystem. 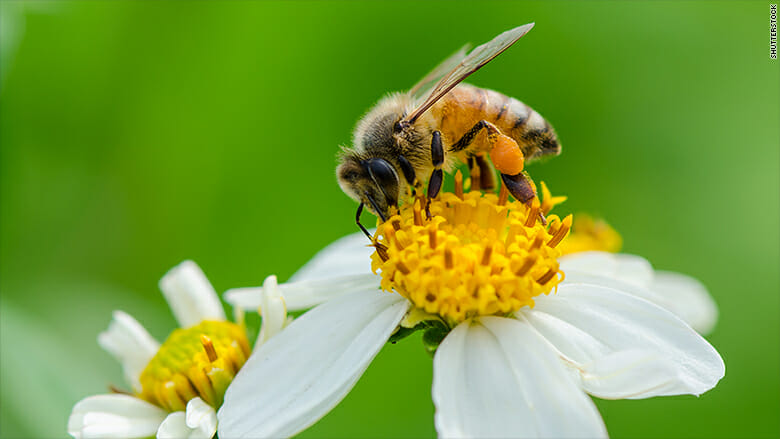 Since 1950, the global use of pesticides has risen fifty-fold. In more recent years, some countries such as the UK and US have stepped away from pesticides to fund research and use of softer approaches such as biological pest control. They can afford to do so. Other regions of the world, however, rely heavily on pesticides to boost agricultural exports.

The main problem with using pesticides is that it is impossible to simply target pests without causing other casualties. Their effect is on the whole environment, whether we like it or not. Earlier this year, in July 2018, India has seen evidence of the fall-backs of pesticides as they face the worst water shortages on record. Heavy rains caused a leach of pesticides from nearby land into the rivers, killing fish and leaving six hundred million people without access to drinking water.

We can expect to see more stories like this as global warming continues and we experience more extreme weather. Farmers will seek to combat the variability in crop yields via intensive and quick solutions without regard for sustainability or the future of the planet, and continue leading us to an unbalanced ecosystem that wipes our species of birds, insects and more. What are the alternatives to pesticides?

There are many alternatives to chemically intensive pesticides that can be used – crop rotations, for example, and growing in polyculture to prevent the reduction in biodiversity. The most effect method so far, however, has been Integrated Pest Management (IPM).

IPM combines different methods of pest control. Biological, physical and chemical. These are used with a focus on long-term prevention via habitat manipulation and consistent monitoring to ensure that the correct pests are identified and controlled. This has seen good results in the control of the Bitou bush in northeast Sydney. The Bitou bush is a major threat to the biodiversity of the area, growing in dense thickets and smothering 157 other species of native plants in the area. It has been controlled chemically via spot spraying on headlands and bays in winter (when drift is less likely to occur), physically via ground weeding to remove seedlings, and biologically by introducing the Bitou tip moth and Bitou seed fly. While pesticides are still being used here, we can see a huge reduction in the ruthless reliance on chemicals. Methods such as IPM limit our effect on the environment and other organisms in the area.

With food shortages on the horizon, plus links being made between pesticides and cancer, ADHD and Alzheimer’s, it is not just for the bees that we need to change our pest control methods. Organic farming needs to be carried out in a way that can still meet the needs of a growing population while not sacrificing the environment. Pesticides are a global business – good for the economy, but not the solution for a sustainable future.

Knowledge and understand is at the heart of saving our natural world. Together we can achieve universal environmental education in Indonesia. It can be as simple as purchasing a book ,sponsoring an Eco-Education Centre or making a donation. To learn more about how you can help us achieve our goals and protect the environment, click here.