Avocados have become a favourite Instagrammable ingredient in recent years. But few people are aware of the shocking human and environmental impact our avocado obsession is having among Mexican communities. 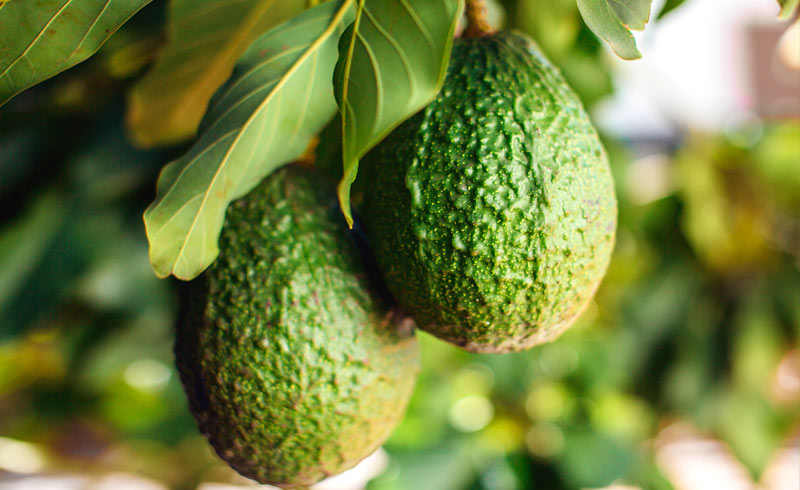 Since the lifting of trade ban from Mexico to America in 1994, avocados have experienced a meteoric rise in demand from the global market. Seen all year round on the menus of trendy restaurants and all day long on Instagram feeds, the avocado is a staple of the millennial brunch-focused diet. In the United States alone, avocado consumption per capita has increased 443% over the past two decades.

This surge in popularity is partly due to avocados becoming more accessible, and partly due to a growing awareness of the health benefits behind plant-based diets. Avocados are preached by nutritionists to be a “superfood” containing healthy monounsaturated fats, and foodies everywhere have flocked to welcome them. Indeed, they’ve now found their way into recipes for smoothies, brownies, even coffees – gone are they days that they only come out for guacamole.

But while the fruit may be good for your own personal wellbeing, they have a much more threatening effect on the planet and the farming communities that provide them.

The Impact of Avocado Plantations

Any crop grown in monoculture is inherently bad for the environment. Monoculture reduces biodiversity as well as soil fertility, making regeneration near impossible. The avocado has had an especially negative effect due to the mass deforestation required to source land for avocado plantations. 80% of all avocados in the US are produced in Michoacán region of Mexico, a volcanic area with highly fertile land and the industry is worth 1.2 billion to the area. It could even be argued that it is the avocado capital of the world. As a result, farmers readily take part in illegal thinning of mature pine forest to plant the more profitable avocado trees. A massive 30-40% of annual forest loss is due to avocado plantations alone.

The Western world is thirsty for avocados, and the avocados are thirsty full stop. The trees are notorious for needing substantial amounts of water to survive – twice as much as a regular forest – and this is having a devastating effect on other animal species. The Monarch butterfly, for example, is facing a potentially lethal threat from its now limited supply.

California, another Mecca of the industry, has been plagued with several droughts over the last few years. The farming solution to this has been to dig deeper into the ground and suck up groundwater, causing a drop in the water table and affecting all vegetation in the area. Due to the 72 gallons of water needed to produce 1 pound of avocados, it has been speculated that the fruit could be a key culprit in California’s recurring water shortage. As climate change gets worse and weather becomes more and more erratic, the situation could get a lot worse. Not only do avocados rely on a vast amount of water, they also go hand in hand with heavy pesticide use. Unlike the forest that previously dominated Mexico, avocado plantations do not take care of themselves and need to be sprayed regularly. These pesticides can be leached into local waterways and affect the aquatic and human populations who use this as a water source. Liliana Carmona, a local teacher in Michoacán, reports high levels of sneezing from locals during fumigation of the plantation and believes the rise in stomach and breathing problems reported by her students is due to wind-blown exposure to the chemicals.

If the environmental impact isn’t bad enough, one of the most shocking aspects of avocado plantations is the human rights violations experienced in Mexico.

The Michoacán region is largely controlled by Caballeros Templarios, a drug cartel who enforce their own rules and dominance over the industry. They are known to demand farmers and landowners to give up a substantial percentage of their income, enforce tax on avocados sold, and even kill workers and family members who refuse to play along – displaying their bodies as a threat to others.

Last year, seven members of the same family were murdered in the area by the cartel. The term ‘blood avocados’ is becoming widely used as a reference to the similar savagery of ‘blood diamonds’. While there are some farmers free or cartel rule and able to maintain fair trade, the cartel is thought to make $150 million each year from the industry and controls 10% of all farms in the area. What Can You Do?

There is much work to be done in Mexico to allow production to be sustainable and humane. It is a messy situation from the grass-roots up, involving deforestation, wildlife extinction and murder.

In these situations, it is important to look at your own involvement as an individual and do everything you can to limit your contribution. Many people talk about the carbon footprint of meat production or overfishing, but fail to see how their decisions around fruit and vegetables also have an impact on our physical and human environment. If you’re turning to a vegetarian or vegan diet – or simply making sure plants feature in your daily food intake – be sure to make the right choices. Source seasonal, fair trade food that is produced close to home, rather than relying on blood avocados or gas-guzzling imports such as bananas. If you need a hand finding sustainable ingredients near you, check out this seasonal food guide.

Knowledge and understanding is at the heart of saving our natural world. Together we can achieve universal environmental education in Indonesia. It can be as simple as purchasing a book, sponsoring an Eco-Education Centre or making a donation. To learn more about how you can help us achieve our goals and protect the environment, click here.