We raise awareness about nature and sustainable practices in communities using children’s education and books as a starting point.

We are on a mission to inspire millions of Indonesian children to live sustainably.

Our vision is to contribute to millions of sustainable, happier, and healthier communities all around the world by empowering local educators with knowledge and tools. Our goal is that the local educators become community change-makers and inspire their students to become the next leaders in the movement for a sustainable future.

Human action destroys natural treasures of one of the most biodiverse countries on Earth at a speed that is hard to believe.

Indonesia’s unique natural environment is in conflict with the world’s demand for resources and a domestic economy driven by a growing population of 260 million — including 85 million children lacking environmental education.

In Indonesia, massive tracts of rainforests the size of 76 football fields are cut down every hour. The enormous ecosystem disruption is accompanied by increased flooding and forest fires while driving endemic species like orangutans, tigers, elephants and rhinos to the verge of extinction.

Pollution that poisons our food chains

Java’s Citarum River, lined by 2,000 factories, is one of the most polluted rivers in the world. Life-threatening mercury from gold mining in Papua, Sumbawa and Kalimantan leaks into the surrounding watersheds. After China, Indonesia is the 2nd largest polluter of oceans with plastic, which is mistaken as food by marine animals.

The high demand for Indonesian fish leads to unsustainable overfishing. 82% of Indonesia’s coral reefs along its 17,000 islands have been damaged or are at risk as a result of dynamite and cyanide fishing, trawling, sedimentation, agricultural and industrial effluents, bleaching and ocean acidification.

The popularity of oriental medicine and demand for pets push already endangered species to the brink. Among these species are the Javan Hawk-eagle, Bali Starling, Slow Loris, Pangolin, Manta Ray, Whitetip Shark and Helmeted Hornbill.

Indonesia’s education system is failing to deliver knowledge on key subjects like the environment and sustainability. As a result, children have little understanding of the natural processes around them and have no role models who promote eco-awareness.

The idea of promoting education for sustainability started as a grassroots initiative in 2013 when Petr Hindrich was on a surfing trip on the remote Indonesian island of Sumba. During his stay with the local community, Petr discovered that the local children were growing up without access to books or information about nature. He realized that a lack of environmental education is playing a major part in causing the pollution, deforestation, and other environmental issues running rampant on Sumba island and across Indonesia.

Lacking a network of eco-conscious educators, books appeared as the perfect tool to make the kids curious about nature. Petr went looking for the best children’s environmental books he could find in the capital city, Jakarta. Cramming his backpacks, he brought more than 50 of them back to Sumba.

Motivated by the positive reaction of the children and community, Petr partnered with a couple of like-minded friends and in 2014 they established Green-Books.org z.s. in Prague, Czech Republic, a non-profit organization focused on initiating eco-libraries and delivering environmental books to schools and communities across Indonesia.

In 2017, aspiring to have more impact in the educational field, the Green-Boooks.org team started to develop a curriculum for informal education packed with fun games and activities based on experiential learning.

In 2018, based on the lack of feedback from the schools after they had received books, a new model was set up. Green incentives (books and other eco-friendly motivational rewards) are offered to the schools only after the eco-education curriculum is successfully implemented and feedback is provided.

In 2019, Yayasan Green Books Indonesia was established in Bali, Indonesia with the goal to collaborate with other subjects and government agencies to train local educators through online resources and offline workshops. The pilot Zero Waste School Program was launched to attract more eco-conscious educators. Eco-conscious educators are the most important elements for ensuring a greater and longer-lasting impact in the field of
education for sustainability. 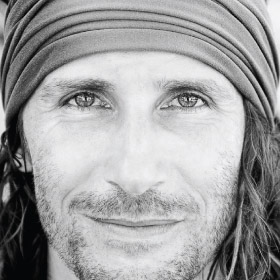 “While learning about different cultures around the world I noticed that happier people are not those who are surrounded by material, but those who are closely connected with nature, who accept the fact that humans are not the superior species that should seek to monopolize the planet. I tried to study this phenomenon, to find out what nature provides us and gradually became interested in environmentalism. Finally, I set my heart upon dedicating efforts and time to promote the love of nature and a sustainable way of life.” 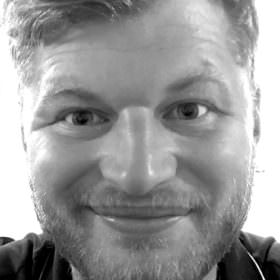 "Neither life, nor traveling is about being rich materially, but it’s about getting your ass up and doing something that makes you happy--and it’s a bonus if you can make others happy along the way. Education, however, is something that makes you realize those things, along with issues such as inequality, poverty, and ecological issues. None of us are equal at the beginning of the “Monopoly” game of life, but education can equalize those differences. Love your family, appreciate friends, like what you do for a living, do sports, travel to learn about the world around you." 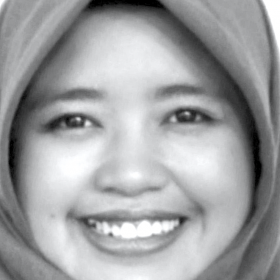 "I was born in a small village in Central Java, and when I work now with Green-Books.org, I realize that I had a very pleasant childhood because I lived with nature. After one year of teaching in a very remote forest area in South Sumatra, and five years working on alternative education in Jakarta, I am really proud to join the Green-Books.org team and find space to learn how to care more for our environment and about education for sustainability.
I hope together with Green-Books.org, we can create a new future for children’s education across Indonesia, through the spread of education for sustainability among teachers, by providing them the opportunity for developing their capacity anywhere and anytime they want." 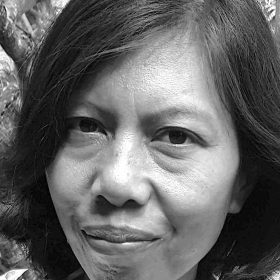 "Since childhood, Gung Asri began her life in the forest. Her days were colored with learning and gardening. It has made her really close to the environment. After graduating in chemistry, she worked as an elementary school teacher. She teaches the spirit of the environment to students through environmental activities at Saraswati Sukawati Elementary School. This year, she successfully introduced the environmental program at her school. Her goal is to spread the spirit of environmental awareness to kindergarten, junior high and vocational schools in the same foundation of her school and wider. She is very happy to do it because it comes from her heart." 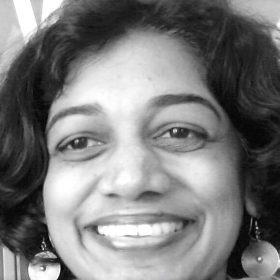 "I grew up in the mountains of southern India and spent my childhood communing with the plants, the insects and the clouds. And now after 28 years of forestry research, reviews and consulting work, I am acutely aware of the gap between existing knowledge as encapsulated in scientific research and policy reports, and its dissemination and follow through on the ground. Environmental education is an obvious key to bridge this critical information and implementation gap. It is also the key to inculcating understanding, love for and desire to live in harmony with nature in what is increasingly an urban global population. Given the current state of our planet, the need for environmental education and sustainable living has never been greater."